It's important to recognise that gender isn't binary, where the only experiences that exist are male and female. Similarly, mental health affects everyone regardless of your gender - but differences in men and women have always been discussed. Differences in biology, gender roles, psychology - the list goes on. A key physical difference, for example, is that on average men have a shorter lifespan than women - the average life expectancy for a man is 79.1 years compared with 82.8 years for a woman.

While physical differences between men and women are a given, mental and emotional disparities are often overlooked. Women are traditionally thought of as more ‘emotional’ and tend to express their feelings more in comparison to men, especially when it comes to speaking up about their mental health.

But has society’s expectations and gender norms distorted the accuracy of these statistics? It’s deemed more acceptable for women to open up about their feelings and mental wellbeing, in comparison to men who feel expected to wear an emotional armour and keep their inner feelings hidden.

Gender bias can infiltrate and distort the data available - especially when it comes to the treatment of psychological disorders. Doctors are more likely to diagnose depression in women compared with men, even when they have similar scores on standardised measures of depression or present with identical symptoms.

Conversations around men and their mental health have only been brought to light in recent years. In 2018, there were 6,507 suicides registered in the UK, and in 2019, there were 5,691 suicides registered in England and Wales. Of these, three-quarters were among men, which has been the case since the mid-1990s. What’s more, according to WHO, the lifetime prevalence rate for alcohol dependence, is more than twice as high in men than women. It’s clear that the numbers aren’t adding up when it comes to mental health diagnosis for men, and their outcomes and effects.

‘Man up!’ and toxic masculinity

The phrase ‘man up!’ is a phrase most if not all men have heard at some point in their lives which stems from toxic masculinity. Toxic masculinity is a concept often used to define unhealthy and traditional attributes associated with how men should behave, and how they’re expected to present themselves in society. Stereotypes such as being unemotional, violent, power-hungry, breadwinners etc. are all outdated and no longer present an accurate picture of what it means to be a man in today’s society.

If there isn’t a safe space for men to really open up about their thoughts and feelings, this can lead to internalising their truth or even refusing to acknowledge any of their feelings, which can result in mental health issues and self-destructive behaviour.

Unrealistic expectations and boundaries set on men can have a major impact on their mental and emotional health, as we’ve seen. While we’re slowly getting better at loosening the reins when it comes to gender roles and expectations - there’s still a long way to go.

It’s important to have conversations with your male friends, family members and colleagues about how they are really doing. Creating a safe space where people feel comfortable with sharing their truth, where they don’t feel judged is an important step. The social stigma around men and mental health is a conversation that needs to keep on going in order to help people truly feel included, and help make them feel more comfortable in themselves.

For more information about inclusion 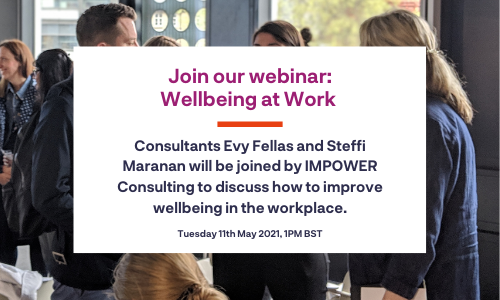